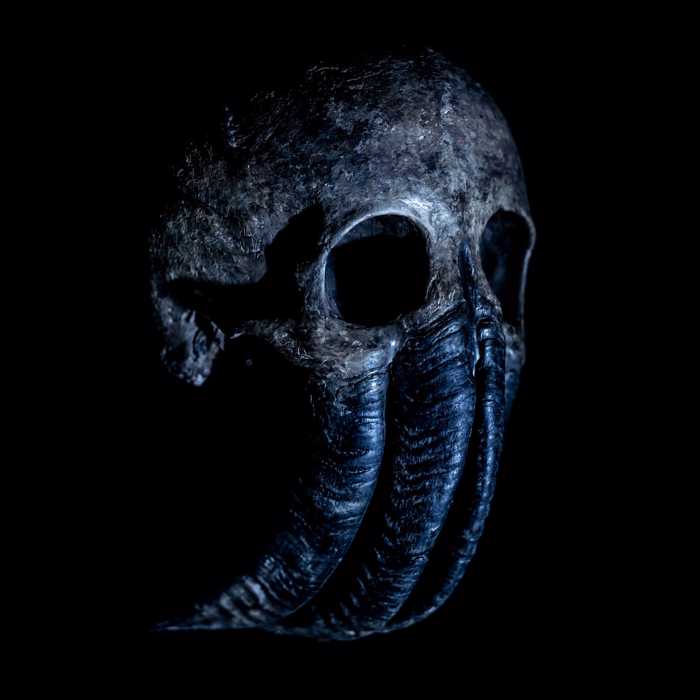 Since the ringing tritone of Black Sabbath's eponymous debut, metal has been associated with darkness, evil and a feeling of impending doom. Over time, modern technology and ease of access have shone light on the mystique that surrounds the music, but every once in a while an album comes along that taps into that feeling of dread; something that sounds utterly bleak and unsettling. The debut record by Absent In Body—a supergroup of sorts—achieves just that.

Plague God sounds legitimately terrifying. On it, the group—composed of Amenra's Mathieu Vandekerckhove and Colin H. Van Eeckhout, Neurosis' Scott Kelly, and ex-Sepultura drummer Iggor Cavalera—lumbers through thirty-six minutes of minimalist gloom. Whether it is the slow post-metal riffing of Amenra or grating electronics of Neurosis' early nineties output, the members' main bands may be palpable, but this congregation of accomplished musicians actually takes on a life entirely of its own. The record actually sounds like a collaborative piece rather than a patchwork of their individual contributions, a rarity for a band of this nature.

At its loudest, Plague God is suffocating, an austere assault of volume that rips away any space between its instrumentation. The dense production, as well as the cycling, repeated riffs and mechanical percussion give the material an industrial metal feeling. Vandekerckhove and Kelly's guitars are pushed forward in the mix, outweighed only by Eeckhout's layered vocals. The singer's delivery alternates between a torturous sounding distorted scream and a higher pitched shriek, adding to the atmosphere of terror created by the music.

Cavalera makes his presence felt sparingly, though. Through most of Plague God the drummer acts as a strict meter, but his blasting double kick can be heard in the closing minutes of "Rise From Ruins." The drummer's mark is felt particularly in the tribal intro to "The Acres/The Ache," his polyrhythmic beat acting as a build-up to the driving song.

Plague God isn't all pummeling, though. In their few mellower moments, Absent In Body creates serene, yet dismal soundscapes. In the second half of "In Spirit In Spite," the song moves along pulsing bass tones and ringing clean guitar chords while Eeckhout provides spoken word accompaniment. Likewise, "The Acres/The Ache" drops into an ethereal post-metal break around its mid-point, the slow moving placidness offering a distinct counterpoint to the grating first half.

Bottom Line: Absent In Body's Plague God has an atmosphere of terror. Combining elements of industrial and post-metal, the four-piece have created an album that stands on its own, separate from the sum of its parts, and provides a deep, dark listening experience.

Definitely an 8/10 at least, for sheer unique atmosphere. This album at times is darker and moodier in atmosphere than most metal albums I've ever listened to. Put it this way, if I was going to OD on heroin, jump off a bridge, etc, I'd listen to this album or the last song on it before I did the deed.

This album sucks. This review of it sucks too.

Literally everything written in the review is positive. 7/10 What.

I like your reviews but I agree with the post above .... why a 7 when everything you say is positive and great about it? The lazy 7 review number eh. Booooo

As if amenta wasn't boring enough.. predictable drivel with no riffs