Between The Buried And Me Coma Ecliptic 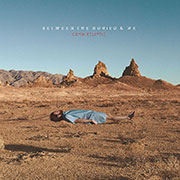 01. Node 02. The Coma Machine 03. Dim Ignition 04. Famine Wolf 05. King Redeem/Queen Serene 06. Turn on the Darkness 07. The Ectopic Stroll 08. Rapid Calm 09. Memory Palace 10. Option Oblivion 11. Life in Velvet
2015 Metal Blade Records
Our score 9
by Daniel Marsicano
7/15/2015
Coma Ecliptic is the album Between the Buried and Me needed to write. It's not as if they were in a downward turn or on the cusp of irrelevance, but there was something off about their last two studio albums. It's not that the quality or musicianship had diminished, but it seemed like the progressive metal group pushed their sound to excessive reaches. It worked for Colors because it was new for them at the time, but on The Parallax II: Future Sequence, the band seemed to be dallying around territory already drained of valuable material. This is the first full-length where their progressive nature takes command over the short fuse of their rampaging metal side. Vocalist Tommy Rogers still rumbles out stifling roars and the cankerous descents into fury aren't ignored, but it's not given as much prominence as on previous releases. There's definitely a sense they pooled inspiration from early ‘70s prog, as well as Rogers' solo rock/electronic project, during the creation of this album. Between the Buried and Me's penchant for conceptual themes continues with Coma Ecliptic's trippy story about a man in a coma exploring his past lives. That's just the surface, as the album veers off in riveting directions. Not only does the group seem inspired by double albums like Genesis' The Lamb Lies Down on Broadway and The Who's Quadrophenia, but there's a theatrical tilt that gives off a Broadway flavor. A listener could imagine closing track "Life in Velvet" being sung by a brooding masked figure on a dim stage to a riveted crowd, as a single spotlight trails him from above. It's not just enough for the concept to be extravagant. The band themselves has to follow through, willing to plunge directly into the story. That has never been a problem for them, and Coma Ecliptic has them committing to the tale in fresh ways. On "The Ectopic Stroll," Rogers takes the role of multiple characters, altering his voice to suit whichever person's view he is singing from. It's a multifaceted performance showcasing his most versatile range on the whole album. Rogers' stupendous vocals are not his only contribution, as his keyboard work gets prime spots in most of these songs. Sometimes, it acts as the lead instrument. The dicey beats and synth overcharge of "Dim Ignition" hearkens back to his solo project. "Node" has electronics right up front for an unassuming introduction to the record that erupts into a soaring spectacle. Though the band embraces progressive mannerisms in their music, daunting lengths do not come along as a side effect. No song exceeds ten minutes, the first album of original content since Alaska of which this can be said. In containing themselves, a sense of drive keeps these songs elevated. "Memory Palace" comes closest to the double-digit mark, and the fact that it comes off as formidable gives it extra value. Instead of having a number of songs with an ambitious front, ultimately wearing the listener out, BTBAM distribute it well so that there isn't an oversaturation of that feeling. As Between the Buried and Me has suppressed the death metal aspect of their sound, they have also made sure to abandon that part of their roots, which dates back to their 2002 self-titled affair. "King Redeem/Queen Serene" interrupts a serene acoustic melody for a frightening lashing of massive distortion. Even throughout this, there's still room made on this record for fluid guitar solos (especially on "Turn on the Darkness" and "Option Oblivion"), prominent bass leads, and fleet-footed drumming that relies more on passion than speed. There was a necessity for something in the group's discography like Coma Ecliptic. There had been hints building towards this, exemplified by several songs on the past few albums, like "Mirrors," "Bloom," and "Astral Body." Progressive music with a death metal coating has done well for them and produced a stable audience, but largely dropping any pretenses of brutality is the best decision they have made in almost a decade. Coma Ecliptic is most certainly their best album since Colors -- or even Alaska if you preferred that one -- and bundles together the ideal creative components of Between the Buried and Me. Bottom Line: Like Alaska and Colors before it, Coma Ecliptic has the potential to usher in a new era for Between the Buried and Me.

e quite often in metal , it's the redundant tendency to stay stagnant for the sake of being heavy with out the merit of being original.Great job

everything negative said in this review about the last couple albums would be better put to this album.

Anyone that has something negative to say about this album is a c*nt. Then again, most goaters are c*nts.

There wasn't a single thing wrong with The Great Misdirect. In no way did any of that album seem forced. From the first second to the last second, that shit kept me in awe and was amazing. It still does and is. Probably my favorite BTBAM release to date. Time to give Coma Ecliptic another listen though. I'm still not sure if I want to buy it or not yet.

The Great Misdirect was a great name for that album. This is a really solid album front to back, and probably will drive away a lot of fans of their early work because it's a continuation of their less heavy output.

how dare you talk about my goat's c*nt

Excited to check this out.

Most over ated shit band that sucks camel c-cks ever. Musicianship is for gays and so is this band.

To the person that said "Musicianship sucks.." Are you a living, breathing organism by any chance?

wait, what in the f*ck was wrong with Parallax II? f*cking idoit.

Musicians band. Most others are dumbfounded and paw at the monolith.

SERIOUSLY>...MY KIDS ARE GONNA PISSED WHEN THEY HEAR THIS

This band is for pussies

new school prog and djent kids are stoked... people who were original fans of Prayer For Cleansing and early BTBAM have long moved on. Has anyone really followed them since Colors? and even that release had yawning passages. Alaska was their peak.

Would've been in different, but not gonna lie this review has made me curious!

Hey Daniel, is there anyway to contact you if I wanted to request an album review from you?

Between The Buried And Me Album Reviews