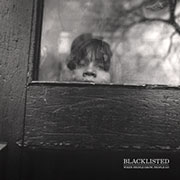 01. Insularized 02. Turn In The Pike 03. Riptide 04. Deeper Kind 05. Gossamer 06. Burnt Palms 07. Foreign Observer 08. Calendars 09. Wooder Ice 10. Bottle Rockets 11. When People Grow, People Go
2015 Deathwish Inc.
Our score 9
by Luke Henderson
2/24/2015
Blacklisted has long been a band unafraid to forge their own path. While early releases rarely diverged from the realm of no-frills, heavy hardcore, the group seemed to have found their own voice on records like Heavier Than Heaven, Lonelier Than God and No One Deserves To Be Here More Than Me. It was with these albums where not only a more nuanced and original sound started to develop, but also a greater focus on experimentation and innovation. Heavier Than Heaven… remained primarily a straightforward hardcore album, but their enthusiasm for dissonant tones, varied tempos, and more distinct vocals became evident. It wasn't until No One Deserves To Be Here… that the extent to which Blacklisted wanted to break from their older sound began to reveal itself. This somewhat divisive release showcased elements of melody and musical experimentation that seemed much more at home on a grunge or post-hardcore album than on anything Blacklisted had previously released. Many fans saw this penchant for musical exploration as the direction in which the band was heading, a view supported by subsequent 7"s, including 2010's Eccentrichine and 2012's So, You Are a Magician? It is for this reason that it comes as somewhat of a surprise that the group's latest full length, When People Grow, People Go, is in many ways the true successor to the Heavier Than Heaven… era; it's as blistering and vicious than anything they've done before. Although the well-crafted opener, "Insularized," blends breakneck punk riffs with more sparse and dissonant elements, it is "Turn In The Pike" that begins to display just how belligerent and relentless Blacklisted is on this recording. It's a song that erupts with raucous guitars and allows vocalist George Hirsch to display why he remains one of the most respected frontmen in hardcore. "Riptide" helps to keep the aural assault moving via lumbering sections that are expertly interspersed with faster, manic components, all of which prevent the song from becoming overly laborious or tedious. Following this, the galloping pace of "Deeper Kind" provides the perfect platform for Hirsch's distinctly stark, bleak, and honest lyrics. The track's memorable guitar work and solid hook make it one of the album's early standout tracks. The middle of this album begins to showcase some of the diversity that Blacklisted has become synonymous with amidst their past few releases. "Gossamer" maintains the intensity of earlier tracks, but with a more measured tempo and vocal delivery. Meanwhile, "Burnt Palms" begins as frantic as any song on the record, before Blacklisted switches speeds mid-song and end with one of the more emotionally raw and grave moments of the record. "Foreign Observer" is the most overt nod to the band's recent experimental past, blending sweeping, layered riffs with off-kilter vocal melodies, all without abandoning the general tone of the album. After the midsection's brief foray into the slightly subdued, the blunt "Calendars" and the groove-focused "Wooder Ice" and "Bottle Rockets" renew the alternating barrage of explosive speed and churning riffs, never coming across as disconnected or cluttered. The title track is another album highlight, closing out the record with an intricate and refined mix of mid-tempo verses, crashing choruses, and candid lyrical content. In short, it's an impressive way to end an impressive album. Bottom Line: When People Grow, People Go is a return to form for one of hardcore's most important bands. This unabashedly aggressive and starkly direct record is both an homage to their early work as well as an indication of their ability to grow and evolve as a group. Fans, old and new alike, couldn't have asked for much more.

this record really is top notch. super impressed with the bands growth.

Everyone on Sputnik Music was saying that this was bland and that the band was stuck doing the same old thing and I was just like...wat Glad someone else is on my side with this one. I think this record is exceptional.

Jesus christ. Put the album titles in italics. You knew to put quotes around song titles.

what a sucking fanboy review.

very serious contender for hardcore record of the year from me. this record is so f*cking good and you know it.

Not that its bad but I don't get the hype.

blacklisted was fun, 1st lp then cool, 2nd lp then trying new and still listenable stuff(or selling out/ crashing), 3... then, after the 4th, who had the infinite patience to hear them and not a more deserving up and coming band? Not I.

I don't get it. The sound is Same old-Same old.