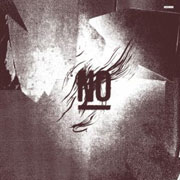 01. Grand Inversion 02. Common Species 03. Regain / Rejoin 04. To Carry the Flame 05. The Forking Path 06. Shadowed Hand 07. Rats 08. Crescent 09. Shuddering Earth
2012 Hydra Head Records
Our score 9
by Nick
6/27/2012
Before we get started, it's important for me to pay some respects to the combined body of work the frontline of Aaron Turner, Nate Newton, and Caleb Scofield have bestowed upon the hardcore/metal scene over the last fifteen years. With each one a crucial driving force in not just one well-recognized underground name, but countless other offshoots, side projects, and plain old for-the-love-of-the-game acts, documenting the number of stellar records churned out by these guys is no small chore. Take these three dudes out of the picture and you'd have a very different definition for hardcore/metal in the year 2000. When combined with Santos Montano, founding anchor of Old Man Gloom and key collaborator in the Zozobra subsidiary, the level of both skill and creativity in the project is nearly unparalleled in modern underground music. Thus, when the many years of silence after 2004's Christmas finally came to an end and NO was announced, there may or may not have been a collective shitting-of-pants in our ("our" representing those of us long-inundated by all things Isis, Converge, and Cave In) thin slice of the heavy music world. The eight years must have been friendly to this collective, because NO is without a doubt Old Man Gloom's best album. It's the most cohesive recording since the sweeping half-hour epic of Seminar III: Zozobra, showcasing a much more refined usage of noise and ambient textures. Whereas past OMG records felt like a chaotic smorgasbord, shifting wildly from coarse hardcore anthems into long stretches of sparse, digital meanderings, NO follows a more calculated approach. The synth layers of "Rats" effortlessly bleed into a Newton-led fist-pumping fest, turning a four-minute track that would have felt at home on a new Doomriders release into a more organic, eight-minute long lesson in dynamics. The Scofield-led jam of "The Forking Path" fits into the sonic area that we'd expect given his latest efforts in Zozobra and Cave In, but then dive-bombs into a hypnotic repetition of jagged, slightly blown-out electronics. Much of "Shadowed Hand" feels like a middle ground between earlier Kayo Dot and Turner's output in Jodis before it dramatically transforms into an up-tempo metallic hardcore conclusion chock-full of precise low-end riffing and effects-laden guitar leads. And that's just three songs; the remaining tracks are just as good. Perhaps the best word for describing NO is 'balanced.' Whether it's increased sharing of vocal duties, the focused attention to productive use of ambient/noise segues, or simply the fact that there isn't the feeling of waiting around for "Branch Breaker" to drop, this is OMG operating at peak brilliance. Yes, older releases were instrumental in pushing hardcore kids to consider the notion that noise and electronics just might have their own charm (albeit harsh and atonal), so the on/off qualities of those records still hold a certain charm. But this simply feels more fine-tuned in its strong grasp of expansive songwriting, deftly executed without abandoning the experimental aspects that are distinctively OMG. So I'll offer my thanks to these dudes for coming together again, despite whatever geographical hurdles existed. I'm already looking forward to 2020 for the next go at it. Bottom Line: This record is on the same plane as Jupiter, Celestial, and Jane Doe. Enough said.

This album rules, but is not better than Christmas.

actually it is better than Christmas...definitely a 9

so Christmas is an 8?

Better than Christmas, but Seminar III is still the best.

Jane Doe, Celestial, and Jupiter area all NOTHING ALIKE ONE ANOTHER! Those bands might be related to OMG, but they sound nothing like this either. Geeze, do you just read about music and not actually listen to it?

Who said that those albums sound anything alike?

anonymous   posted 51 minutes ago Jane Doe, Celestial, and Jupiter area all NOTHING ALIKE ONE ANOTHER! Those bands might be related to OMG, but they sound nothing like this either. Geeze, do you just read about music and not actually listen to it? report abuse You're an idiot. He didn't say they were similar other than the fact that they are milestones in each bands catalog and is essentially a brilliant record just like those mentioned. Reading comprehension.

Jane Doe, Celestial, and Jupiter area all NOTHING ALIKE ONE ANOTHER! Those bands might be related to OMG, but they sound nothing like this either. ^^ You are a dumb gay

great review. Exactly what I thought. Forking Path is the heaviest shit I've ever heard.

the vinyl leak is a slower speed than the digi download. amirite

If I were to rank the albums right now, it would be... 1 - Seminar III 2 - NO 3 - Seminar II 4 - Christmas 5 - Meditations in B Note that I think Meditations in B is a fantastic album. This just happens to be an amazingly consistent band. The production is the main thing putting that below the others.

This album is kinda designed to sound like a musical labyrinth. I really like hows their no noise tracks separated from the songs. The same freaky noise clip evolves throughout the album and then concludes in the last song, its actually very unsettling and spooky. I think Rats is probably my fav, very true lyrics.